The Death and Rebirth of Outsourcing | Akorbi Digital RMP

The Death and Rebirth of Outsourcing

Massimo Cappato, Revevol, discusses outsourcing of complex IT application portfolios and the challenges faced by the IT outsourcing industry.

I am borrowing the headline for this post from a speech that Eric Schmidt gave at a major Gartner event in Atlanta a few days ago: he used the words “rebirth of IT” describing how the cloud is delivering what it has been promising in the last years, and this delivered promise will enable the IT to reach new frontiers. I am doing it because I believe the cloud will play a key role in the global outsourcing arena in the next years.

I have been an advisor and consultant for many years, helping large companies to source, negotiate and manage complex IT outsourcing contracts. Hidden behind the growing figures and headcounts, I got a constant impression of frustration within large customers: outsourcing of complex IT application portfolios becoming more and more often a “tax”, collected through hundreds of “consultants” who do not “consult” on anything anymore. Such teams, often under blue-chip names, just mantain “artificially alive” huge applications built on obsolete technologies, that do not deliver the functions and the flexibility demanded by the business, and for a TCO that sounds more and more absurd. The IT managers and CIOs are well aware of this situation, but if they try to evolve using traditional on premise technologies, they just bump against vendors craving for big upfront investments, or outsourcers craving for long term rigid and expensive contracts. So, in the end the IT outsourcing industry may seem to suffer from the diseases typical of the western civilised countries: fat and rich, but with an uncertain future. One major example for all is the airline industry, in which I believe the opportunity to build an IT system from scratch has been a key factor for the newcomers to steal huge business from the incumbents airlines with their 30 years old ERPs. Mobility, consumerisation, social, just made it worse, but the problem was there since long time ago as airlines could not adjust prices dynamically or calculate the profit associated with a flight. IT outsourcing was always there since long time, mainly aimed at cost saving, but the almost “mechanical” consequence was a further increase in rigidity of the architecture and even slower responses to the business (and sometimes the savings were not entirely there, after all).

The cloud will save you all

So, is this the death of IT and the death of outsourcing? Unhappy customers who sink together with their suppliers? No, because IT is evolving very fast. The IT Industrial Revolution (ITIR like Louis Nauges, cofounder of Revevol, named it) enabled by public cloud technologies is igniting a deep revolution in the IT outsourcing industry as well. The future (and, yes, to some extent the present) is made of industrial SaaS and PaaS components, performing networks, friendly hardware for the end users, and a new wave of innovations driven by the huge improvements in efficiency and performance that the cloud enables. And new “information brokerage services” built on top of industrial Platform as a Service like Fujitsu RunMyProcess will enable that win-win flexibility that has always been the betrayed promise of IT outsourcing.

Startups do it better

That’s what I though in 2010, when I saw RunMyProcess for the first time, immediately after founding the Italian subsidiary of Revevol: the future rebirth of outsourcing will come from the adoption of platforms like RunMyProcess, that will enable the customer and the outsourcer to collaborate and share the dividends of the industrialisation of IT. Of course, you cannot expect existing mega suppliers and software vendors to peacefully align with the future without opposing any resistance, because the economics and the amount of workforce will be dramatically different in the new landscape, as in any industrial revolution. That’s why the sparkle for the future to become present takes place when a great emerging platform meets visionary customers. Or, in a case like this, when the 3rd largest outsourcer in the world meets one of the most brilliant technologies available around. The rest is just “late followers”. 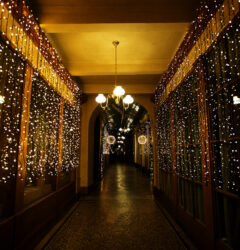 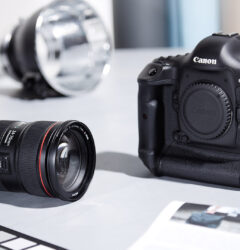