RunMyProcess software engineer Malcolm Haslam discusses the evolution of the software market and the new race towards “survival of the fittest”.

When Charles Darwin arrived at the Galapagos Islands in 1835, as a young student, and marveled at the incredible, strange creatures that roamed the different islands, the thoughts that must have started roaming in his mind must have been on how life is what it is today. He observed how life changes and adapts to the environment: how life “evolves”. Darwin spent his life studying how life works, and on November 1859, he published his revolutionary book “The Origin of the Species”. This book explained how creatures came to exist, change and disappear via the concept of “survival of the fittest”.

Nowadays we know a lot more about evolution and “survival of the fittest”, but the main concept remains: life survives by changing and adapting to the change. The best suited for the environment – strive. Not the biggest or the strongest. The white rhinoceros is one of the toughest most dangerous animals on Earth while cockroaches can be killed with a sandal, yet the white rhino is very close to extinction and, as anyone who has ever cleaned an apartment knows – cockroaches are not going anywhere. You can always take the theory of natural selection and apply it to many aspects of life, and the software evolution is a perfect example. We can take the progress of software evolution and see how it compares to life. From Ada Lovelace’s first program on the “Analytical Engine” to the wonderful programs and apps we have today. Everyday, new applications are being developed on top of other applications. New, better programming languages and frameworks are built on top of other languages and frameworks. Some make it, some don’t. Some make it but are not quick enough to adapt to the changing environment and die.

This explains the exponential rise of the small companies in the software development world, particularly with the Enterprise tools. Fast environment changes such as cloud computing, application interconnectivity, and the SaaS and Open Source business model, give the small businesses an edge because of their ability to evolve and adapt very quickly. They are small motorbikes competing against large trucks on an everyday, curvy road. The rise of the open-source business world opens the door to a new possibility of meeting the user’s custom needs. It’s a software that is constantly changing at an incredible pace. It is changing so much that it becomes difficult for big, “trucky”, conservative companies to adapt. What is good – survives and serves as a platform for other developments. What isn’t, is simply discarded. This evolution has no biases. It is a “software Darwinism” at its best.

As we can learn from the Jurassic Park, “life finds a way”, and so does software evolution. A few years back, there was a huge monopoly on the Operating Systems and software, with big companies fighting to keep control of the market. Today, we can see that big companies have realized that a new era in the software has arrived and they are unable to prevent it. Linux is now dominating the server market and with the stable, user-friendly distros such as ubuntu, fedora and mint, they are starting to win over the common user. 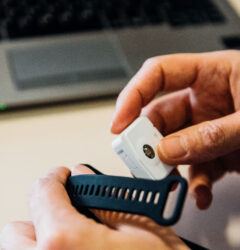 Winning with the Internet of Things

Your Business Needs to Become a Platform