Evolution and the IT Industry - Part I | Akorbi Digital RMP

Evolution and the IT Industry – Part I

How will evolution lead to Darwinism and the Rebirth of Outsourcing in IT and business? What effects will evolution have on the way we work, the way IT is supplied and the structure of those companies who provide it?

A few years ago I wrote a (rather long) post about evolution in the context of business and in particular the use of emerging business architecture techniques to increase the chances of successfully navigating its influence.

Prompted by two recent posts on this blog, however – ‘Software Darwinism’ by Malcolm Haslam and ‘The Death and Rebirth of Outsourcing’ by Massimo Cappato – I thought I would simplify my original piece to create a much shorter and more IT-centric two part set of observations on this theme. I basically wanted to pick up on the concept of evolution raised by Malcolm and use this as a vehicle to explore the potential impact on businesses and IT of the disruption described by Massimo; how have we arrived at the landscape of today and what can we learn from evolutionary processes about the likely impact of the disruption on the businesses paying large amounts of money for ‘artificially alive’ systems.

In part 1 I will introduce some ideas about evolution and discuss the current state of businesses in this context. In part 2 I will continue the theme to discuss the way in which current disruptions represent a ‘punctuated equilibrium’ that demands rapid business evolution – or creates a high likelihood of extinction.

Evolution as an Algorithm

A fascinating book I once read about ‘complexity economics’ described evolution as an algorithm for exploring very large design spaces. In this interpretation the ‘evolutionary algorithm’ allows the evaluation of a potentially infinite number of random designs against the selection criteria of a given environment. Those characteristics that are judged as ‘fit’ are amplified – through propagation and combination – while those which are not die out.

In the natural world evolution throws up organisms that have many component traits and success is judged – often brutally – by how well the combination of traits enables an animal to survive in the environment in which it exists. For instance individuals of a particular colour or camouflage may survive due to their relative invisibility while others are eaten. Furthermore this is an ongoing process – individuals with desirable traits will be better equipped to survive and the mating of such individuals will combine – and hence amplify – their desirable traits within their offspring. Over time the propagation and combination of the most effective traits will increase in the population overall and where this happens quickly enough a species will evolve successfully for the environment.

Another interesting aspect of evolutionary systems is that they often exhibit long periods of relative stability until some set of external changes creates a ‘punctuated equilibrium’; that is a change to the environment which brings new selection criteria to the fore. Such changes can have a devastating effect on species which have evolved successfully within the previous environment and lead to new periods of dominance or success for new or previously less successful species whose traits make them better adapted to the new selection criteria that result from the change. Such species then continue to evolve towards mastery of their environment while others which are too specialised to adapt simply die out.

A particularly dramatic example of this process was the extinction of the dinosaurs, where a change in the environment lowered temperatures and destroyed the lush foliage they depended upon. This led them from masters of the world to extinction in a relatively short period – the combination of traits that previously made them highly successful was no longer well aligned to the selection criteria of the new environment.

It has been argued that the complexity of markets (in terms of their scale, their breadth of participation and the differing intents of the participants) means that they can effectively be viewed as evolutionary systems. Markets are essentially an environment in which we participate rather than something that can be clearly understood or designed in advance. They are effectively a very large design space where the characteristics for success are often not known in advance and must be discovered through experimentation and adaptation.

When we look at businesses in an evolutionary context we can therefore hypothesize that those which converge over time towards successful combinations of traits – as judged by their stakeholders through a process of interaction and adaptation – will be the ones best adapted to market needs and thus chosen by consumers. These traits – whether they are talent strategies, process strategies or technology strategies – are then copied by other businesses, replicating and amplifying successful traits within the economic system.

The Influence of IT

If we focus specifically on IT, we can see that even today IT systems have a large influence on the quality of the business capabilities that underpin a company’s offerings. Every business is competing for selection against competitors with other applications – and software is increasingly moving to the core as business becomes ‘digital’; as a result it is clear that IT is a major (and increasing) factor in deciding the ‘fitness’ of any particular business versus another. In this context we can see that the degree to which IT helps or hinders a business makes a huge difference to the quality of its ‘traits’ – both individually and in aggregation. IT can therefore be a significant influence on whether a business’s offerings are ‘fit’ when judged by the evolutionary algorithm of the market.

Competition in an Age of Universally Bad IT

Despite the illusion of change over the last 30 years, at the macro level things have actually been relatively static from a technology perspective. While we have moved from mainframes to client-server and from client-server to the Web the fundamental roles of business and IT have remained unchanged (i.e. firms exist to minimise the transaction costs of doing business by building scale and such businesses spend a lot of money on owning and operating IT in pursuit of efficiencies and consistency across their large scale operations). In reality most IT investment has therefore been inward facing and viewed as a cost of doing business (a ‘tax’ as Massimo would describe it) rather than a platform for the delivery of innovation and differentiation from an external perspective.

Under this model we have seen large businesses use their scale to pay for IT products and services that are inaccessible to smaller organisations. Over time -because the focus has often been on efficiencies and standardisation – many IT estates have tended to converge around similar packaged applications and technology. This convergence has all but wiped out the flexibility required for business differentiation while simultaneously placing organisations functionally and temporally in lockstep (as a concrete example it is no surprise that all companies are facing huge challenges as a result of mobility or that their challenges are more or less the same). Together these developments have led to a broadly static business environment in which a smaller number of large companies dominate each market segment, providing mediocre levels of innovation and service while dictating both the shape of industries and the kinds of offerings consumers can expect from each.

As a result while IT has enabled large scale efficiencies, it has led to the situation outlined by Massimo – a situation in which businesses have huge investment responsibilities, a crushing burden from bloated support and delivery organisations and a limited ability to evolve quickly (if at all). The irony is that it has done this equally to all organisations who could afford it, however,while simultaneously acting as a competitive barrier by limiting the economies of scale that can be achieved by organisations who could not. As a result the costs, complexity, inflexibility and balkanisation around industry boundaries – along with a lack of innovation and customer-centricity – have become part of the settled fabric of business.

While this has not been a significant issue for large organisations during an extended period of relative stability, it does however threaten to create significant challenges as a result of any disruption to the status quo. It is perhaps interesting to think of today’s businesses as the dinosaurs of the modern age – large and perfectly adapted to the warm and plant rich environment in which they exist unchallenged.

A Punctuated Equilibrium for Business?

Over the last few years, however, we have seen the genesis of a major disruption – a disruption that is going to change the evaluation criteria of the market and require the development of wholly different traits to succeed. As cloud delivery models, large scale mobility and the mass sharing of content in social graphs converge I believe that they herald a ‘punctuated equilibrium’ whose effects on business will be profound. These are not just technology changes but rather a change to the fundamental environment in which we all work, play and socialise – and a signal that business models and even industry boundaries are up for radical change.

The possibilities that these advances create in tandem are akin to an emerging ice age for large businesses and their technology providers – an age in which businesses must fight for every customer and must mutate their organisations, business models and technology to attain a new definition of ‘fitness’. The easy days of domination through mass and an abundance of low hanging cash to be grazed are passing.

In part 2 of this post I will therefore talk more about the nature of this punctuated equilibrium and my personal views on the shifts in business and technology models that will be required to survive it. 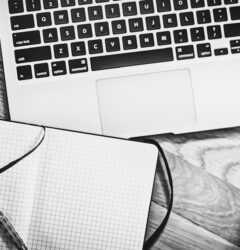 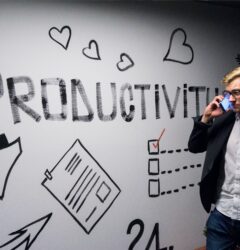 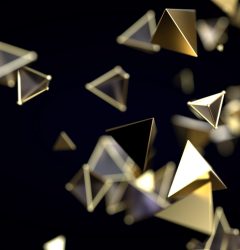 101 reasons we get digital transformation all wron